We are taking a different tack with today’s blog post. Undoubtedly, we are all tired of being housebound in a COVID-19 world. So, in the spirit of living vicariously through online articles, let’s talk about the ten best boating towns for retirement. This post discusses important financial, boating, and lifestyle considerations for a select group of seaside locations, whether you prefer Pacific paradise or quaint New England fishing villages. Hopefully in the near future you will be able to visit them; if you do, let’s compare notes! 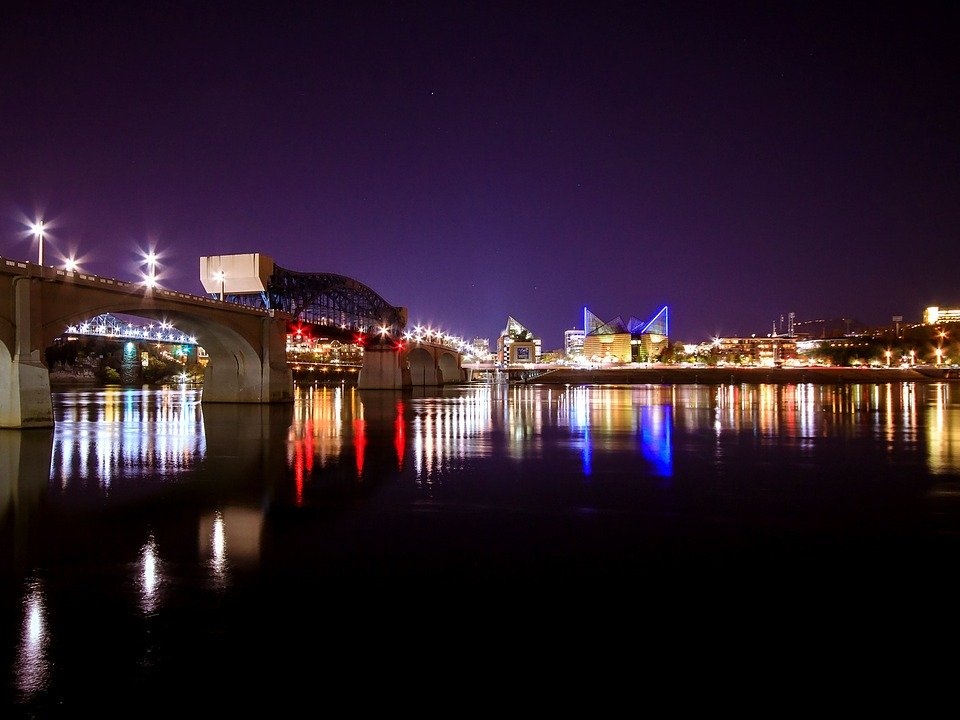 Chattanooga’s $120 million “21st Century Waterfront Plan” reinvigorated the city’s relationship with the Tennessee River and the boating community. Completed in 2005, the plan called for the redevelopment of 129 acres along the river, creating multiple public spaces and opportunities for citizens to enjoy Chattanooga’s waterfront. 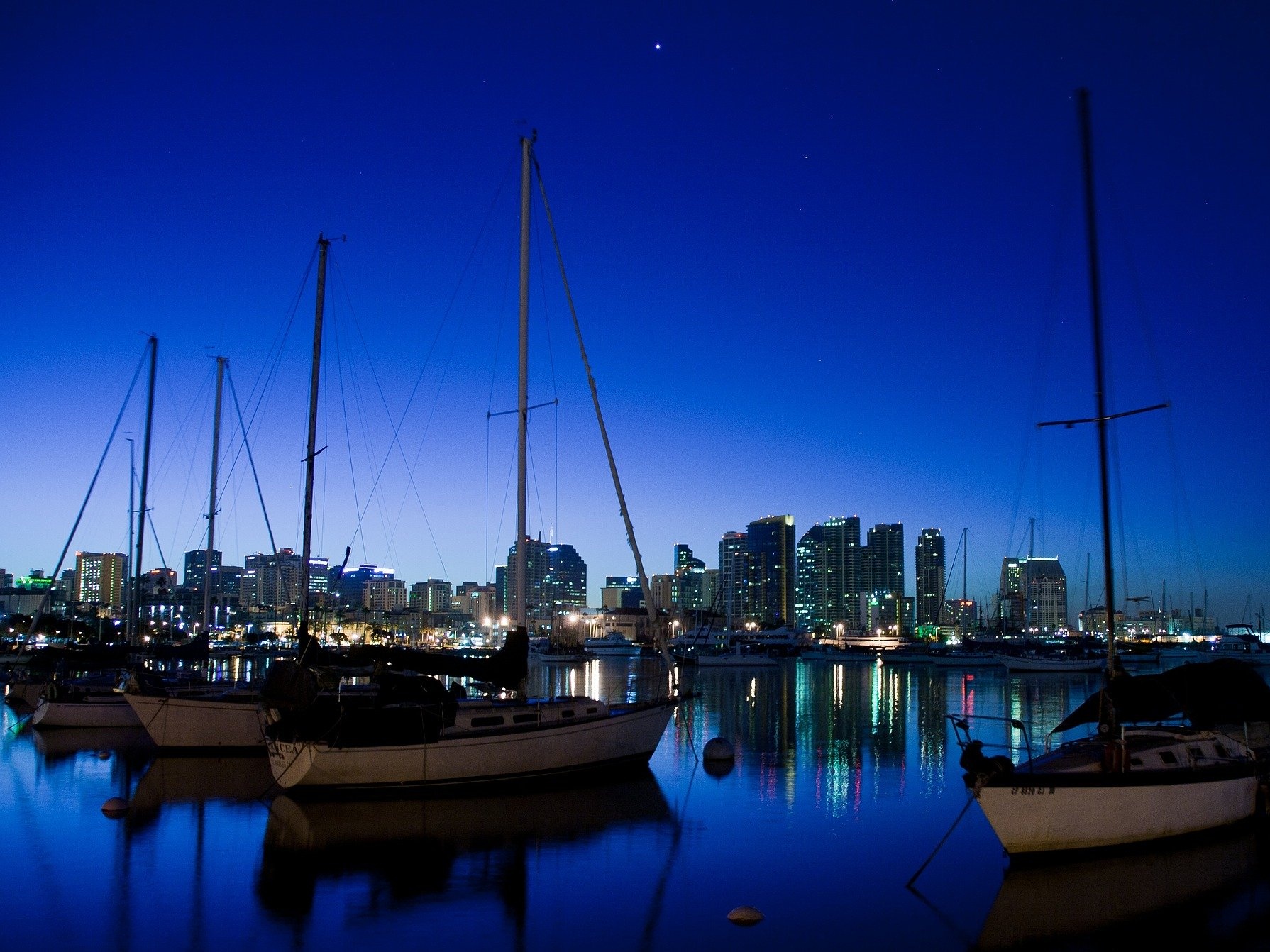 With perfect weather and pristine beaches, San Diego offers multiple opportunities to enjoy life by the sea and by boat. Seaport Village, close to downtown, is an energetic harborside collection of shops and eateries. Be forewarned, though, that the cost of living can be quite high in this Pacific paradise. 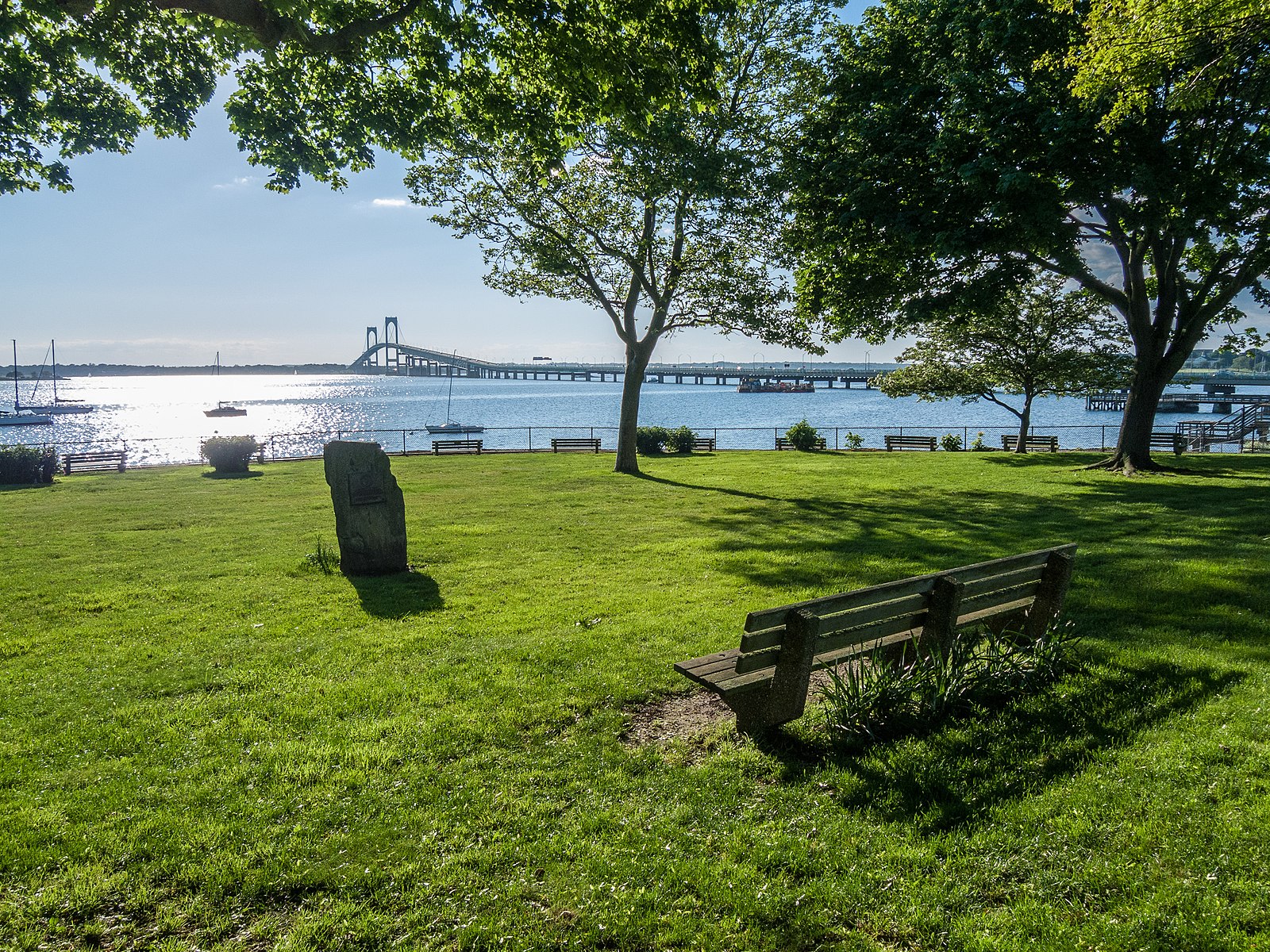 Newport’s yacht-filled harbor hosts the America’s Cup, the premier annual sailing regatta. The city set on Aquidneck Island is also renowned for its many Guided Age mansions, including The Breakers. Don’t forget to try the famous clam chowder at the Black Pearl.

A boating mecca, Traverse City’s waters shine blue. The arms of the Grand Traverse Bay allow boaters to have their cake and eat it, too, by offering access to deep water with the protection from storms afforded by the Bay’s gentle hills. 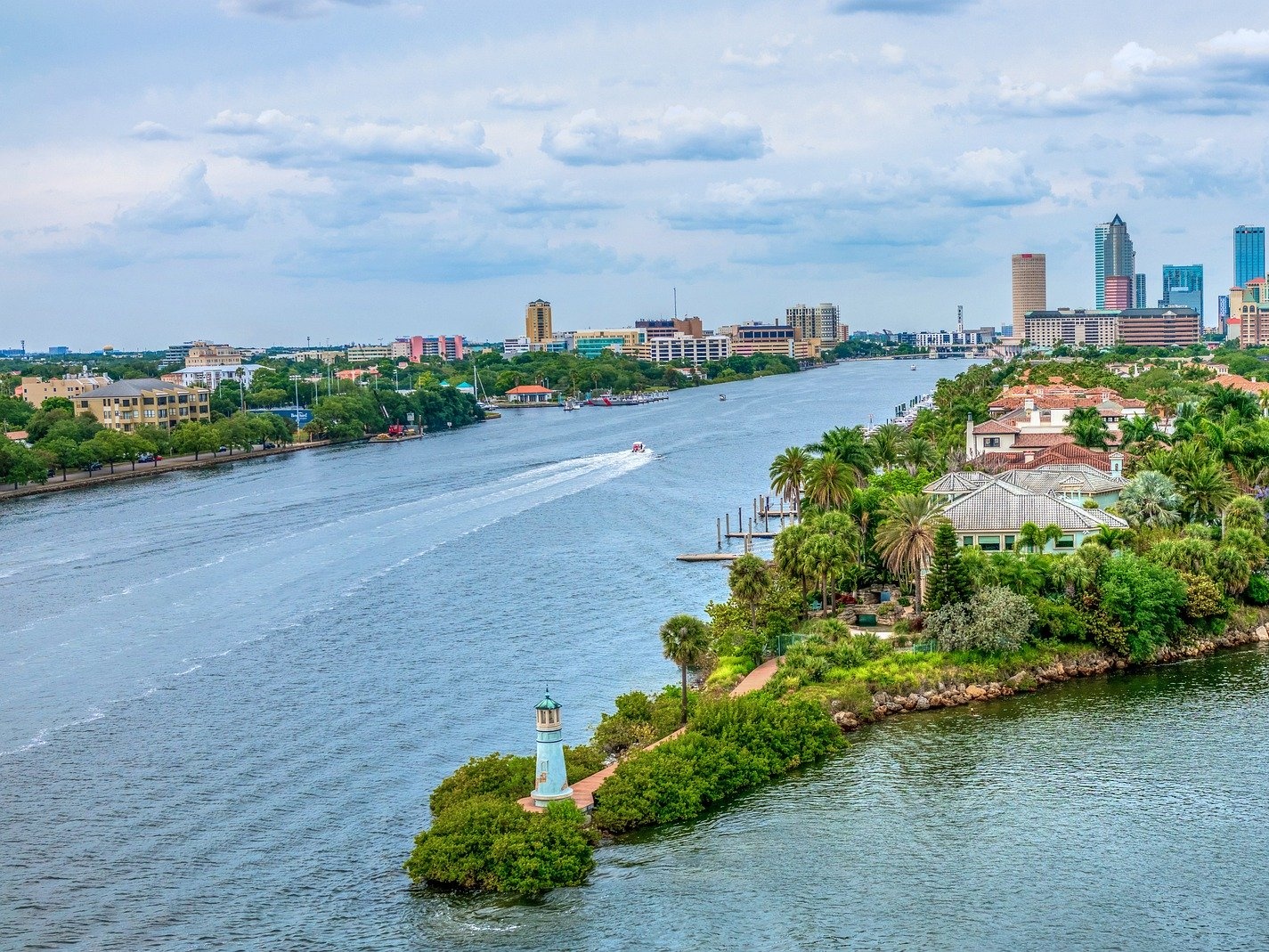 Voted as one of the best places to retire in Florida, Tampa (and neighbor St. Petersburg) offers a wide variety of recreation, dining, and shopping while overlooking the lapis blue waters. As an added bonus, Florida has no state income tax.

6. Lake of the Ozarks: Camdenton, MO 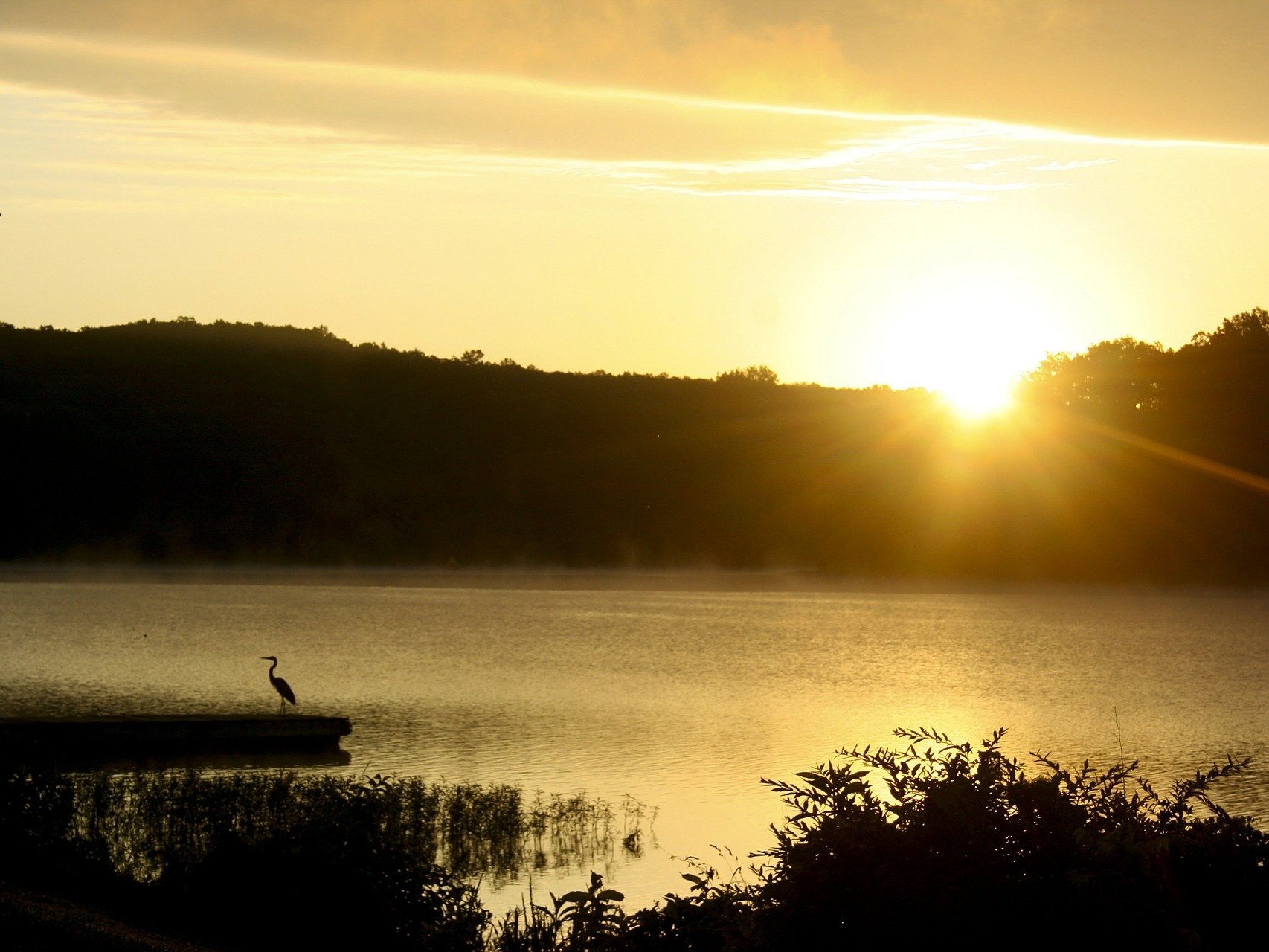 Lake of the Ozarks

Situated in the heart of Missouri, the Lake of the Ozarks offers it all, from waterfront access for boating and fishing to golfing, shopping and other recreational activities. The lake itself covers 55,000 acres and measures 90 miles in length. There’s also an aquatic trail, almost 10 miles long, that allows you to explore several lake communities. 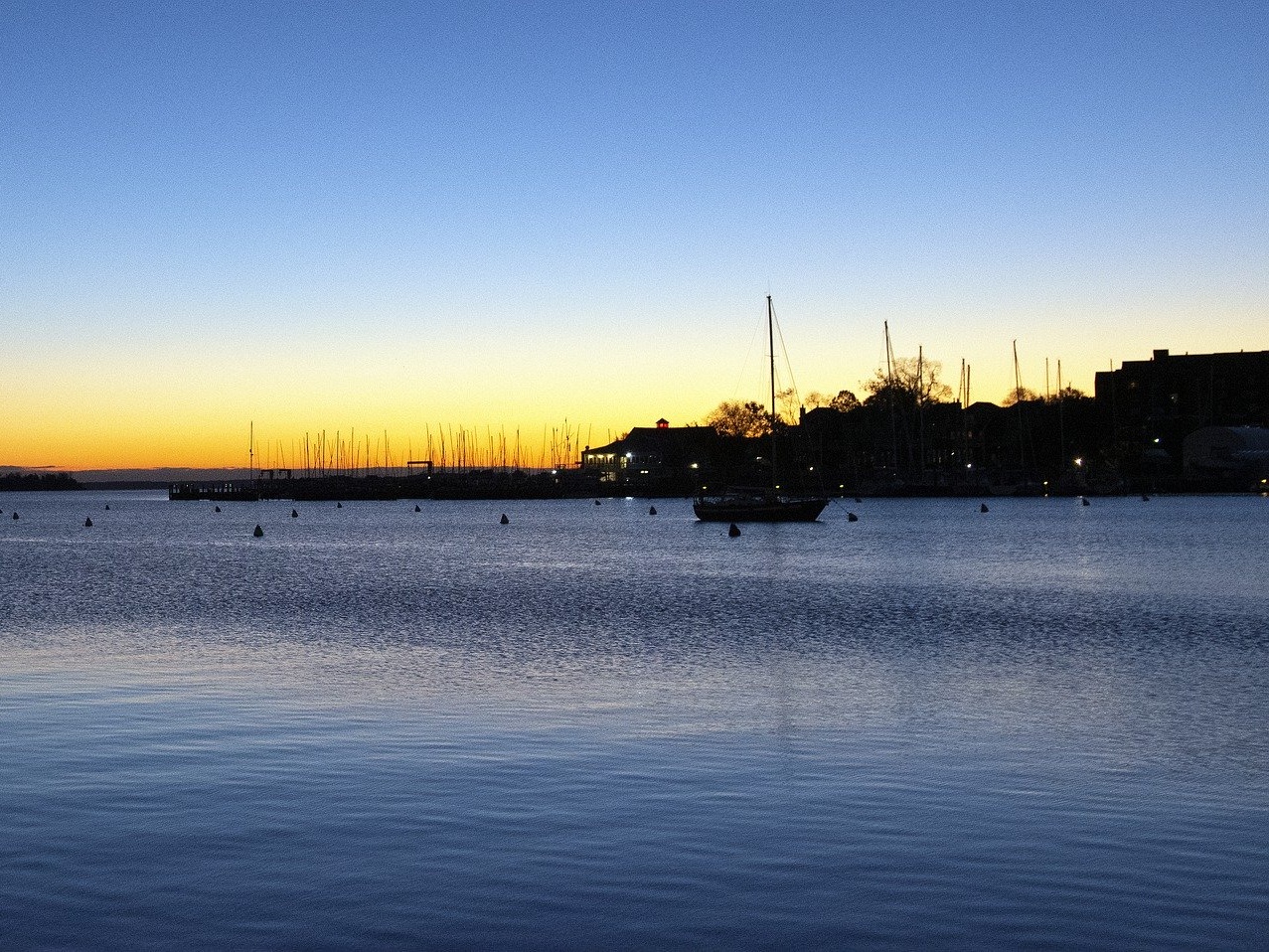 The Chesapeake Bay stretches across six states, as well as the District of Columbia. The Bay and rivers that feed it account for the largest estuary in the United States (and the third largest in the world). Plus, there is nothing better than Maryland Blue Crab with some Old Bay seasoning. 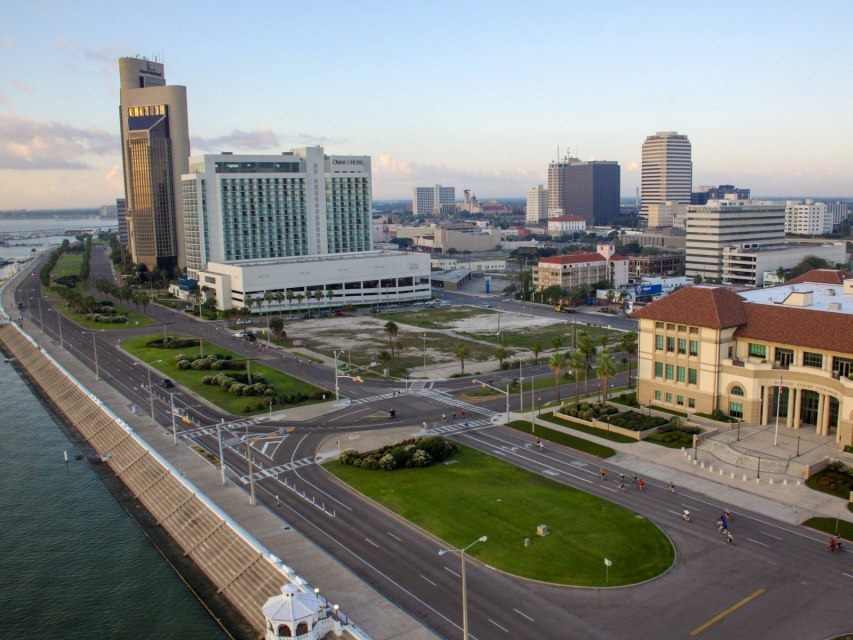 Perhaps an unexpected choice, but Corpus Christi has one of the highest square miles of open water of any city in the United States. Local laws are very favorable to liveaboard boaters, and marinas in the area allow for easy access to the Gulf of Mexico. As an added bonus, Texas also does not have a state income tax. However, it is a community property state, which warrants consideration for estate planning. 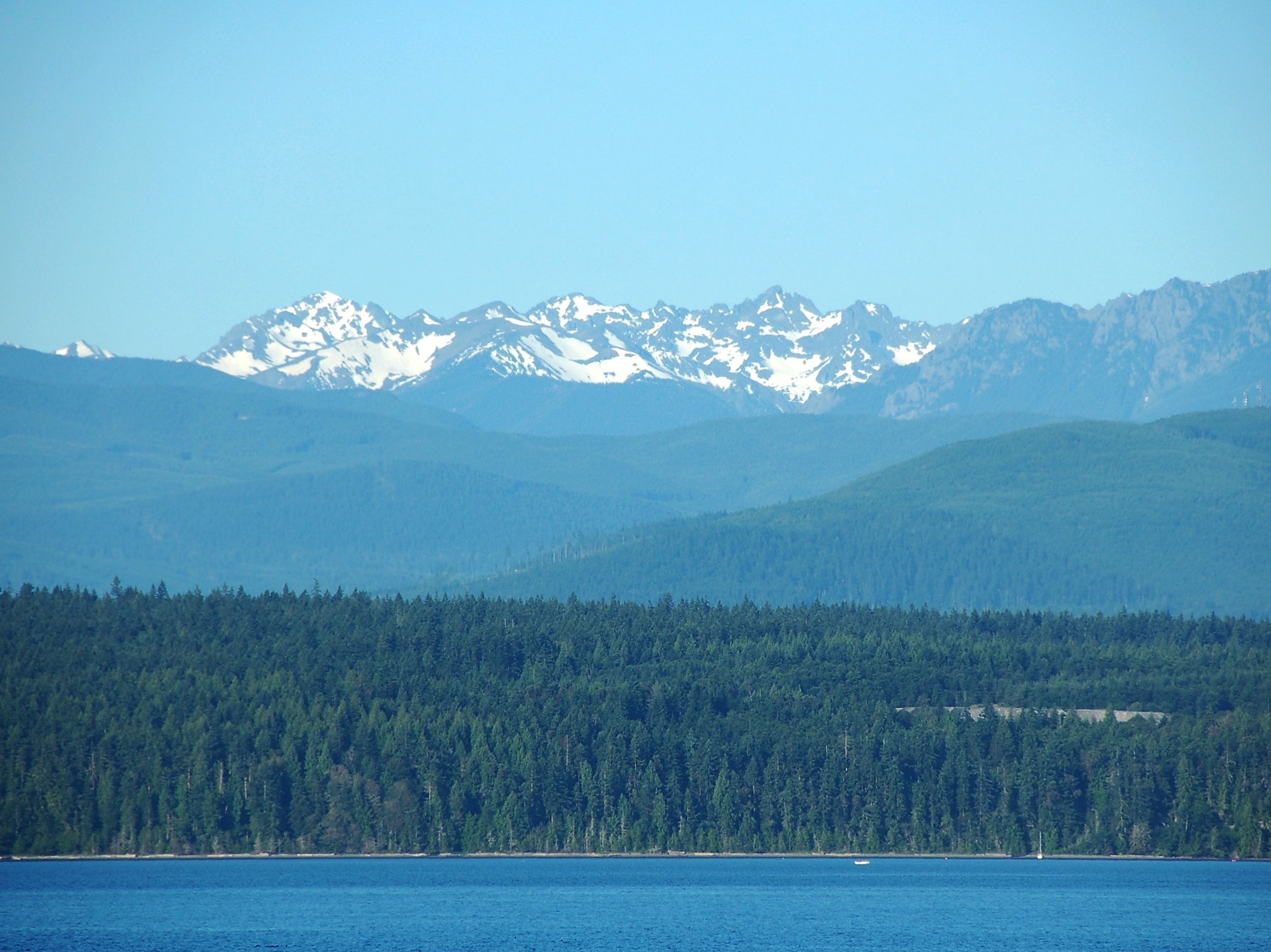 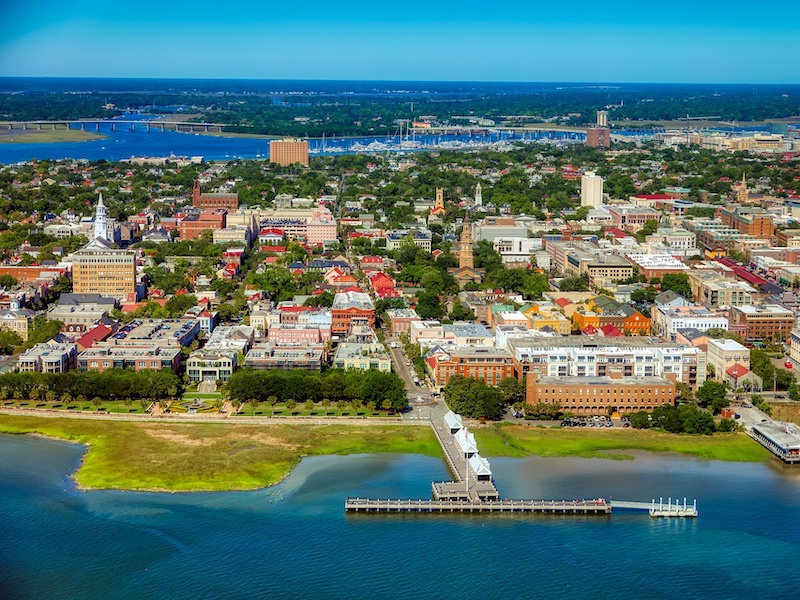 Host to the Charleston Bermuda Race, this bastion of Southern charm combines the best of Lowcountry with historic boating culture. Southern mansions line the harbor, beckoning over 4 million visitors a year to the waterfront.

We’ve all been forced to put a pause on our plans in 2020. That doesn’t mean, though, you can’t continue to build toward your dream retirement by the water.

Whether you prefer the mountainous, rainy enclaves of the Pacific Northwest, or the azure waters of our great Southern beaches, proper planning can make your dream retirement a reality. If you would like additional tips on how to achieve your retirement goals, sign up for our newsletter.